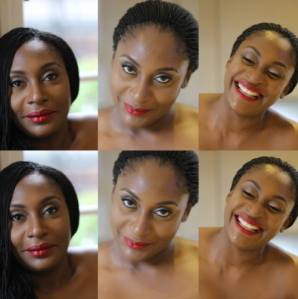 From the moment she graced our screens as ‘Ann Haastrup’ in the late Amaka Igwe production – Checkmate, Ego Boyo became a force to reckon with in the Nigerian movie industry.

She came into the scene as Ego Nnamani and blew us away with her very sophisticated and classy mode of acting. For five years she was one of those who kept Nigerians entertained every Sunday night. She went on to star in Violated, which she jointly produced with Amaka Igwe, which also left us in awe and wanting more from the screen goddess then all of a sudden …………. she disappeared, without a word and left her fans heartbroken 😦

As the CEO of Temple Productions, she still graced us with her cosmopolitan concepts in movies such as:

In a recent interview with Jara TV, she disclosed making a comeback (still behind the screens though) very soon!!!

Ego Boyo is Homevida’s comeback star!!! which actor, off the grid, would you like to see make a comeback? 🙂

The passing on of prolific Nollywood Icon and film maker, Amaka Igwe came as a huge blow to the Nollywood Industry. Amaka Igwe who is survived by her husband, 3 children, an aged mother and siblings died from complications from asthma at the age of 51.

A tribute website www.amakigwe.ng dedicated to her memory has been created for goodwill messages and pictures. the site will also contain past pictures and videos of the late icon and her contributions to the film industry. Mrs Igwe who is the founder of BobTV, Top radio 90.9fm, Amaka Igwe Studios and the newly launched Q network was a visionaire in modern Nigerian TV which she captured through her award-winning TV soap, Checkmate and and its off-shoot, The Fuji House of Commotion which have been featured as throwbacks on our blog (click here and here if you missed it).

Various events preceding her funeral as announced by the family include;

– A tribute evening and Lagos service of songs will hold on the 9th of June, 2014 at Havens Garden, GRA Ikeja

– Enugu service of songs will hold on the 12th of June at Okpara Square, Enugu , 2014 and then proceed to her husband’s home town at Ndiuche Arondizuogu, Imo State on Friday 13th of June, 2014, where she will be finally laid to rest.

May her soul keep resting in peace

A lot of things have been going on in our country Nigeria, especially this week. With 3 bomb blasts in 2 different cities (1 in Kano and 2 in Jos) and the attack of the village near Chibok in Borno State. Lives have been lost… 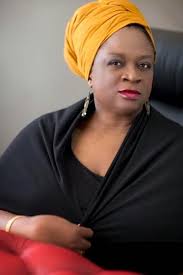 Amaka Igwe, veteran Nollywood Director and Producer sadly passed on early hours of the 29th of April 2014 in Enugu allegedly of an asthma attack.

Amaka Igwe founded the Amaka Igwe Studios which was responsible for creating shows like Checkmate, Fuji House of Commotion and movies like Violated, Rattlesnake and Tempest.

In 2011 she was awarded MFR (Member of the Federal Republic) by the president of Nigeria, Goodluck Jonathan.

She is survived by her husband Charles Igwe, and three children. .

For in dept information about her early life and career visit http://www.ama-awards.com/amaka-igwe-nee-isaac-ene

The African film and TV industry has lost a true gem. May God comfort her family and may she RIP.